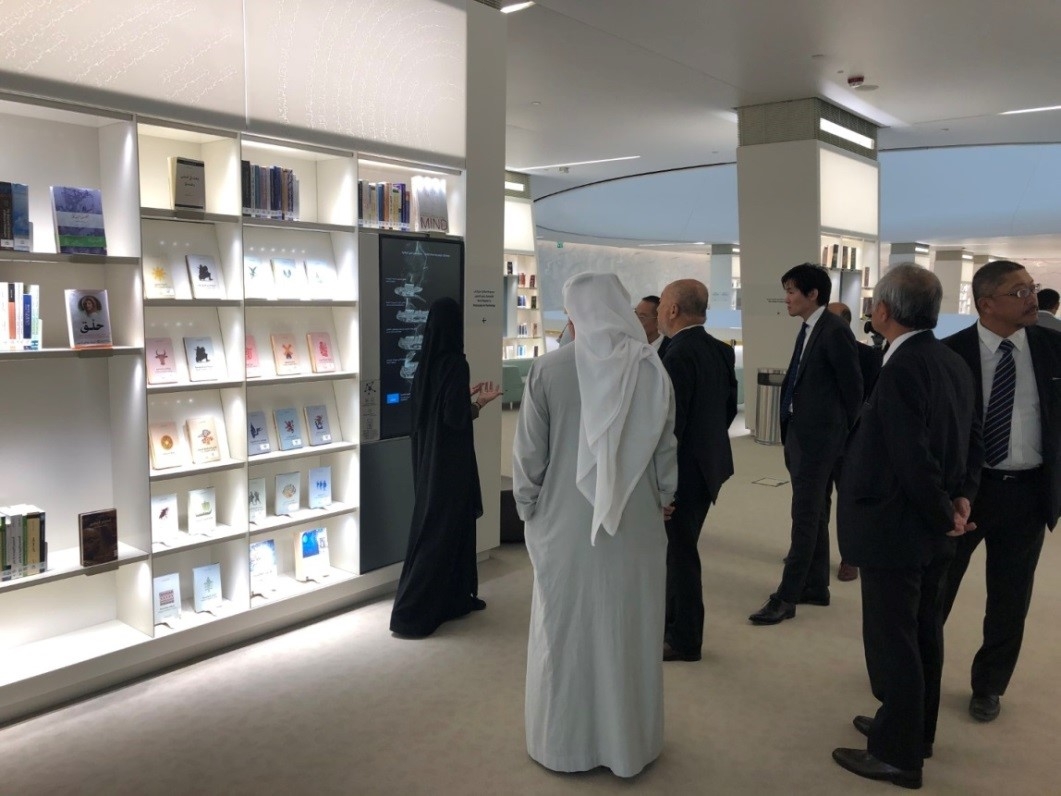 On the 14th of December, Japanese Ambassador Tsukasa Uemura visited the culture center of Aramco, ITHRA (King Abdulaziz Center for World Culture) in Dhahran. This facility was constructed to commemorate the 75th anniversary, and the Japanese company (Sumitomo Corporation) provided the digital library system, the audio-visual system and others. And, the Japanese performances have been already held.